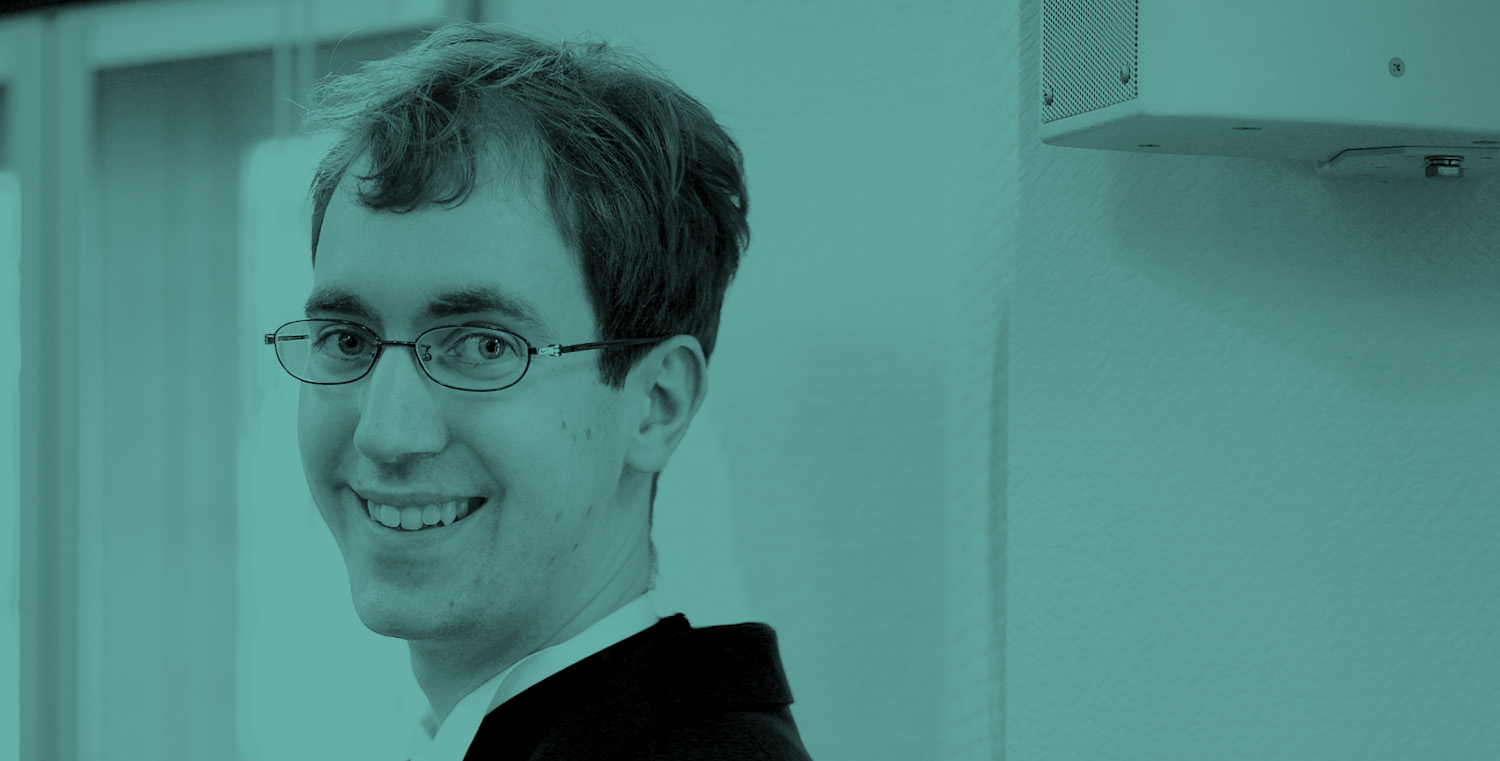 Rome wasn’t built in a day is one of those adages freely dispensed by motivational posters and chatty grandparents, which makes it just as easy to freely disregard. But in Patrick McKenzie’s case, it couldn’t be more inspirational, or true. On his website, Patrick describes himself as an “ex-Japanese salaryman who currently runs a small software business,” but between you and I, that’s just a token of his humility. In reality, Patrick’s expertise is a net cast wide: he’s taken on roles as a teacher, engineer, developer, marketer and consultant. In fact, when we spoke via Skype, he had just “leveled-up” (his metaphor) to CEO of Starfighter, a startup that will be recruiting engineers for tech businesses through a fun and challenging gaming platform. A big change from “salaryman.”

Before Patrick quit his job to work full-time for himself, he was working 19-hour days, devoting all of his time and energy to a Japanese organization for menial compensation. “I got off work at 2AM in the morning,” he recalled, “And because the trains no longer run at 2AM, I would check into a hotel for the evening, to wake up by 7AM and do it again the next day.” He was going through these motions for six months at a time. A burnout felt imminent.

Luckily, by that time, he was already running his first business on the side—a small piece of software called Bingo Card Creator, which he still manages. The premise was simple: automate the creation of bingo cards for teachers, so that they wouldn’t have to do them by hand. He’d coded the software, created a website, marketed it to teachers, and was taking payments via PayPal. At night, awake in his hotel room, he’d receive purchase notifications. One morning, it clicked: “I realized that I had made more money sleeping, in the five hours,” he said, “than I had made in the 19 hours working at the day job before—counting my overtime.” And so he quit.

Since April 2010, Patrick has been working for himself. When I asked him what the scariest part about that transition was, his answer was refreshing: “It wasn’t money. It was an overpowering sense of What do I do? How do I fit into this wide world now?” Anyone who’s been employed for enough time will be familiar with the feeling: we are what we do for a living, at least in part. “I was actually terrified of having to explain myself to people,” Patrick confessed. Self-employment was frowned upon by Japanese social norms, and also by his own family: after he broke the news to them, his father encouraged him to find a job at Google. But Patrick resisted. He wanted to be the captain of his own ship, for a change.

This ship has definitely sailed on to better seas. In the last few years, Patrick has sold tons of software over the internet, spent a lot of time writing, and helped many people in the process. “I feel more fulfilled when I’m helping out other software entrepreneurs,” he admitted. “That’s a population I’ve always really connected with, ‘cause I was a young engineer who made a lot of mistakes once.” He wants to pass on the message to future generations that a frenzied, salaried career is not the only means to happiness—that one doesn’t have to climb the traditional corporate ladder to graduate to better projects.

So what does it take to be a good entrepreneur? According to Patrick, the intersection of solid marketing skills and engineer skills is the sweet spot. Already valuable on their own, these skills combined unlock infinite possibilities for entrepreneurs. He also credits being a good writer, maintaining a blog, and gathering an audience for some of his success. But the bedrock is persistence: every product created and lesson learned will reap compounding advantages over time. “You work on something for nine years, and you eventually get pretty decent at it,” he said. See what I mean by humble?

Confidence, too, has a learning curve: “Honestly, I’ve dealt with that nagging doubt monster for many years,” Patrick admitted. “It’s also something that endears me to some of my clients.” As an introverted engineer and self-professed geek, his approachability and modesty are just some of his strengths. His advice: always under promise and over deliver. (This isn’t new, but in Patrick’s case, there’s proof that it works.) Another thing—be clear with your clients in terms of what their expectations are, and provide falsifiable success metrics. No matter the outcome, they’ll appreciate the candor.

But by far, the most valuable piece of wisdom that Patrick can impart are two simple words: CHARGE MORE. “I come from a very modest background, and that sticks with you, right? Coming into business from that mental schema you think, Charging a customer $20 is a lot of money. Asking for $25 an hour is a lot of money. They’re going to try to chisel you out and go with someone who charges $15 an hour. That is absolutely not the way businesses think about things.” As your confidence, experience, and skill-set grow, so does your worth—but you have to believe in your worth first. And in Patrick’s experience, if you can do the work, people will pay you for it. When he got his first consulting gig, he charged $100 an hour. By the end of his stint as a consultant, he was making $30,000 a week.

At the core of Patrick’s success is a strong work ethic, but not the kind you’ll see touted in business journals and productivity books. “You have to be willing to do whatever it takes to drive the business forward,” he said, “but no one is going to tell you what that is.” It’s the modern day thinker’s greatest Choose-Your-Own-Adventure: after all, there isn’t just one right answer. If you find a right answer most of the time, you’re doing all right. The lesson here is to work smart. “There’s no magic connection between how many hours you put in and results.”

“Developers often use this word, hacker, for somebody who likes looking at systems, figuring out how they work, and then figuring out how to work them in ways that they might not have been designed to work.” Patrick identifies with the impulse. He’s played a lot of games, but business has been the funnest game to hack. It’s part problem-solving, part adjusting the process to see what works best for your situation: his success has come from a combination of automation, outsourcing, delegating, and plain old trial and error.

Patrick is unabashed about how much learning on the job he’s done over the course of his career. Informed scrappiness is his favorite approach, and it helped shape his core values as well. In his work, he is always learning—balancing out 80% of previously-gathered knowledge with 20% of exploration and trial. This love for experimentation is just one aspect of his tripartite approach—the other pillars are transparency (“there is no secret sauce!”) and a true work/life balance (“work is something that allows us to live, not life is something that allows us to work.”)

And maybe that’s how he manages to find the time to do everything. After all, Patrick is a prolific content creator, blogger, Twitter user, podcast host, and interviewee—that’s in addition to managing two software products, being the CEO of a startup, and raising his infant daughter. He works a (shocking) average of 20-25 hours a week—a stark contrast to his former life as a salaryman. “You have 100% freedom to choose what you’re doing,” he explained. “An hour saved is an hour earned.” For his business, that meant keeping meetings to a minimum, making some creative compromises, and sometimes deferring to the experts. (For example, Bench handles all of Patrick’s bookkeeping. He’s grateful for the freedom to “never think about it again.”)

As the next chapter in his chosen adventure, Patrick plans to wind down his software business, shift his full attention to Starfighter, and maximize the time he can devote to his family. As he reflected on how he got to where he is today, the takeaway was refreshingly simple: just persevere. Try, fail, learn from your failures, and try again.

Throughout the years, something that he always kept in the back of his mind was Stacking the Brick’s by Amy Hoy, in which Hoy debunks the myth of the instantly successful entrepreneur. As Patrick describes it, “Ten years ago, they made one little brick out of clay, one blog post, and they put that somewhere, and the next day they put one more brick next to it. A couple of blog posts became a project, a project became a company.” Self-employment is decidedly an intimidating lifestyle, but he urges all the nascent entrepreneurs, and maybe you, dear reader, to try it. “Brick by brick, the wall gets higher, and then suddenly, a wall.” All it takes is one brick, and the commitment to doing it again tomorrow.