Once you’ve successfully sold a company, it can start to feel like you can do anything as an entrepreneur.

After my business partner David Brown and I sold our first startup, Pinpoint Technologies, to ZOLL Medical Corporation in 1999, we thought the sky was the limit. We were so confident in our abilities that we built our second company in the exact opposite image of the first.

Instead of being enterprise facing, it was consumer; instead of desktop-based, it was mobile; we even switched from C++ to Java, just for the sake of learning how to do things differently. In hindsight, we probably should have realized that doing things the opposite way would also have the opposite result.

In the days before the iTunes App Store and Google Play Store there was no simple way to get our application out into the world. We realized that if we had good mentors who knew this space well they would have told us that in the second week, rather than us discovering it for ourselves in the second year. That’s when David and I began discussing the idea of delivering mentorship to other technology entrepreneurs.

We created Techstars in 2006—long before the word “accelerator” entered the popular lexicon—to relay our own experiences as entrepreneurs, and bring other mentors in from our massive global network, to help startups reach their full potential.

While I had the best team of cofounders I could ask for, including Brad Feld, Jared Polis, and my old partner David Brown, I was effectively the only employee for the first few years, even as the company grew.

A few years in and the company was operating well enough on the surface, but behind the scenes our back office was a mess. Our focus was on keeping things afloat rather than building a sustainable and scalable infrastructure that would carry us into the future. The disorganization even resulted in a few cases of missing money—not because of internal theft, but we were victims of some minor cases of phishing and other scams—because we just didn’t have things very well locked down. To this day we still have issues dating back to year one and year two, because of how sloppy things were. 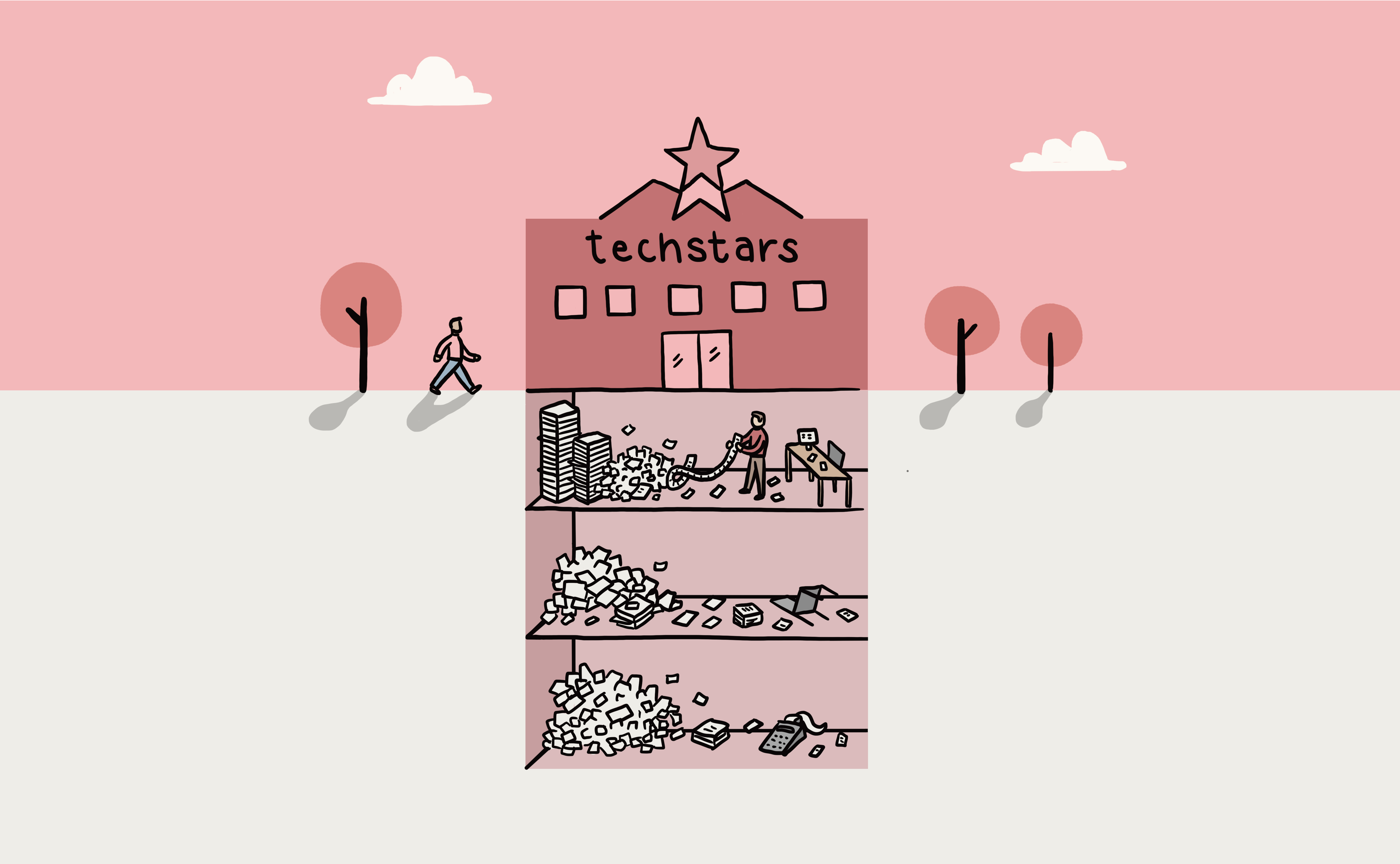 My method for expansion was equally unstructured; I’d just move to the city where we were planning on opening our next location for six months to get it off the ground, and then return home. This brute force approach worked for the first four or five Techstars, but then in 2012 we turned a corner, and things really started to pick up.

All of a sudden we were getting inbound requests from organizations like Microsoft, Nike and Disney for help building their internal accelerator programs. The only problem was that at that point in time we had no formal systems in place for scaling basic infrastructure like sales, IT, HR, etc., and our back office was still disorganized.

It took a lot of soul searching to realize that perhaps I shouldn’t be running Techstars, at least not on my own. I know I’m good at coming up with ideas and building a plan, but after some reflection I was able to admit that sometimes I need help with the execution.

I spoke with my friend and co-founder David and admitted that I might be in over my head. I’m great at saying we should go take this hill, but he’s the one who’s great at getting everyone to run at it full speed. After some discussion we decided it would be best to bring him on as co-CEO, and with the help from our board we were able to design it so that he mostly managed people, and I mostly managed investing activity.

It wasn’t easy going around the office telling everybody, “you work for this guy now,” and I’ll admit it was difficult on the ego to have someone else come in and run the company I had built from the ground up, even a friend.

Take it from someone who’s been there; it’s never easy to admit there’s someone out there more capable of running your business than you are.

But David gave the company more structure and rigor, which we desperately needed, even if it created a significant cultural shift. Some missed the old days, when there were fewer rules to follow. While I intuitively knew it was the right move, it still took a little while to settle into that reality. After a year or two, however, I was able to look back and realize that the business couldn’t have been as successful if I had continued running it on my own, and most of those who had originally complained about the new structures agreed.

That doesn’t mean the original CEO shouldn’t maintain an active role in the organization, or a board seat, or feel proud of the company’s accomplishments; it just means that every founder reaches a point when they need a little help. While it may be hard at first, it’s better to be the co-CEO of a flourishing business than the CEO of a company that failed to reach its full potential.