The following is Charles’ story as told to Jared Lindzon, exclusively for Bench.


If you're not willing to bet your house on your business, you probably shouldn't be in business.

Before I quit my job to start Vega in 2001 I was making a couple hundred grand a year, and my wife was earning a typical salary for a teacher. All of a sudden we went from having a really comfortable income to just living off of her salary.

I had about $100,000 saved up, which I spent on startup costs and reaching minimum purchase requirements to build our inventory. We also started advertising our products in magazines from day one, because we wanted to get noticed, but that burned a lot of cash really fast. Then my wife got pregnant.

I spent all of my savings within three months, and then started maxing out my credit cards. When I realized I couldn’t pay the credit card bills I decided we needed to borrow against our house, because the credit card interest rates were killing us.

I’d be lying if I said I wasn’t fearful, but my wife is super supportive. She basically asked me “what’s the worst possible outcome?” I said, “if we go out of business we lose everything, we go move in with your parents or mine, and within three years we’re back to where we are now.” She said “okay, that’s fair, let’s do it.” She was 26 at the time, I was 30. We were young and she felt it was a worthy risk.

Our dream as a family was for her to stay at home and raise our children, rather than putting the kids in childcare or having domestic help. In order to do that we needed a good income and a solid foundation, and it’s a lot harder to have that kind of freedom and security when you work for someone else.

Going from my monster truck to that little thing almost killed me.

I joke that my wife is okay with us being homeless at any given time because the bank always had our house as collateral, pretty much to the very end. Gambling our home, however, allowed us to have access to the cheapest, most accessible capital we could get.

But putting up the house didn’t cover everything, and soon I had to start looking around for what else I could sell. All that was left was my truck; that was the hardest one to let go of. I had a Toyota 4Runner with a lift kit that I would take off-roading, camping, fishing, and hiking. I sold it for $27,000, and my wife and I shared her Mazda 3 hatchback. Going from my monster truck to that little thing almost killed me.

I never really thought of it as a loss though. As I invested more and more dollars into the business it was always with the expectation that I would return it many times over. I was probably in the minority of founders that had that much cash on hand, but at the same time many entrepreneurs feel they need to raise money in order to build a business, which isn’t true. 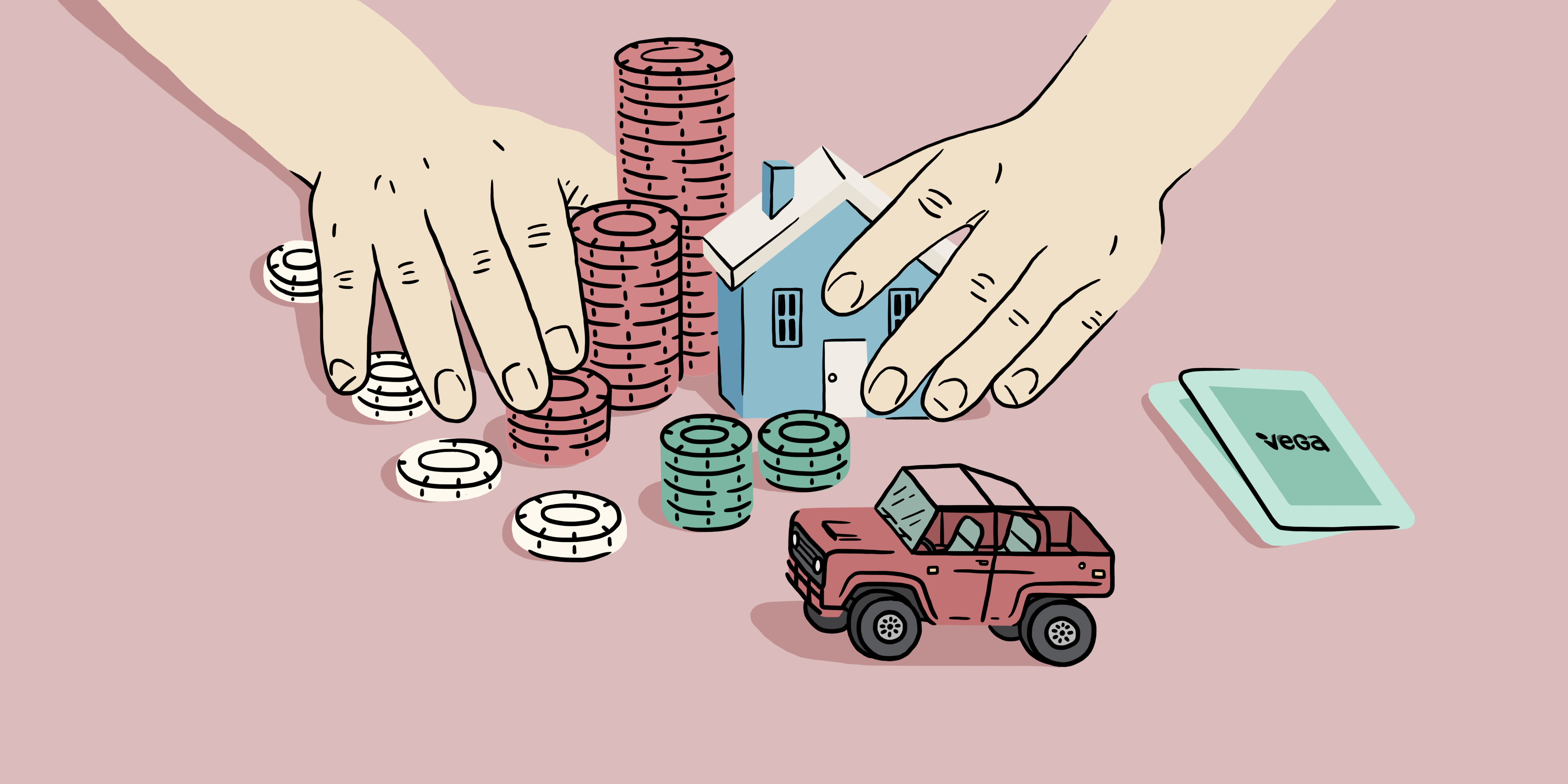 Instead we had a really, really efficient cash conversion cycle. We had good margins, we collected our receivables really quickly, we paid slowly (not because we’re delinquent payers but because we negotiated longer payment terms, sometimes paying a little more to have a much longer cycle of credit), we had high inventory turnover and we reinvested everything.

That whole process, when done well, can prevent you from having to raise too much capital early, which will reduce dilution and allow you to maintain more control. Those habits also permeate your business, and I think it helps you grow and scale smartly.

I was never really bothered by the amount I had personally invested in the company because it was all planned out: “If I have this much inventory and I sell to this many stores at this rate I’ll return the capital this fast.”

The best part is when you start to see the sales roll in, and the market validates your bets. Seeing your products on shelves, hearing people talk about how much they love it, seeing employees wearing your t-shirt, it’s just so rewarding. There’s no better feeling than seeing this thing you created from nothing become an entity with fans and followers and people who rely on it. It was incredibly validating.

Going through those difficult moments makes you feel like you can handle anything.

By the end of year two I was making the kind of money I was making before I started the business, and by year three I was making three times that. I only had to drive my wife’s car for about eight or nine months before I could afford a Nissan Pathfinder, and I’ve gone through several off-road vehicles since.

Looking back, I wouldn’t have done anything differently. I owned 100% of the company until we surpassed $20 million, and even when I sold parts of it I still maintained a majority, which is really hard to do these days because people are too quick to dilute.

Don’t get me wrong, we made tons of mistakes, but the calluses are part of the journey. Going through those difficult moments makes you feel like you can handle anything. It gives you internal fortitude and belief in yourself, because when you’re alone, in a tight position, knowing that you could lose everything and have to move back into your parent’s house for a while, it just makes you a lot stronger. You can’t build resilience without enduring some challenges.